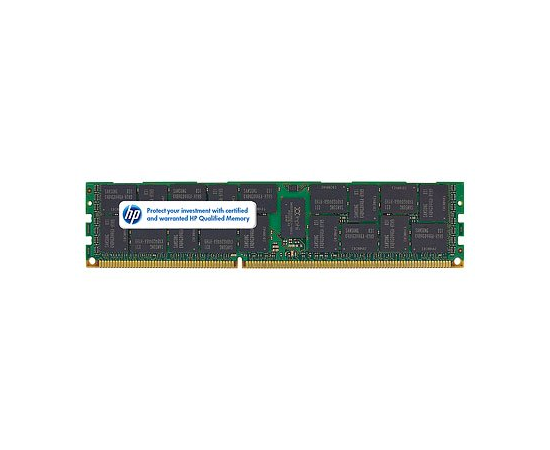 The Brand that is identified with the product.

:
HP
Today's IT environments are seeing larger, more complex applications, an increase of mission-critical data moving to the server, increasing demand for transaction processing and critical server consolidation.Memory is a critical component of the information system, significantly defining the systems reliability,
performance, and increasingly the overall server and data center power footprint.having been certified, performance tested and tuned for HP ProLiant performance has not been underestimated for example the industry supports UDIMM at 2 DIMMs per channel at 1066MT/s.HP SmartMemory supports 2 DIMMs per channel 1333MT/s, or 25% greater bandwidth.When used in conjunction with Systems Insight Manager, the SMART capable firmware enables fault prediction capabilities. If potential problems develop in one of the DIMMs, Systems Insight Manager letsyou know in advance so you can have the DIMM replaced, before it fails, under warranty.power consumption by servers is one that eats up budget allocations .the HP memory stick is made with this concern in mind thus saving you a buck or two reducing operational cost and enhancing a faster r.o.i.

Our company makes delivery all over the country

We offer only those goods, in which quality we are sure

You have 30 days to test your purchase